Monopoly is one of the world’s most popular games!
It was first published in 1935 and it has been printed in 37 languages. Nobody really knows how many different versions of Monopoly there are, but well over a 1,000!

The Royal Borough of Greenwich has landed the honour of its very own board. This special edition sees 30 Greenwich landmarks and organisations feature, including Uber Boat by Thames Clippers!

To celebrate the launch, we are giving one of you the chance to win a Monopoly: Royal Borough of Greenwich edition.

Enter our competition with your work email address and a winner will be selected on Monday 5 December. 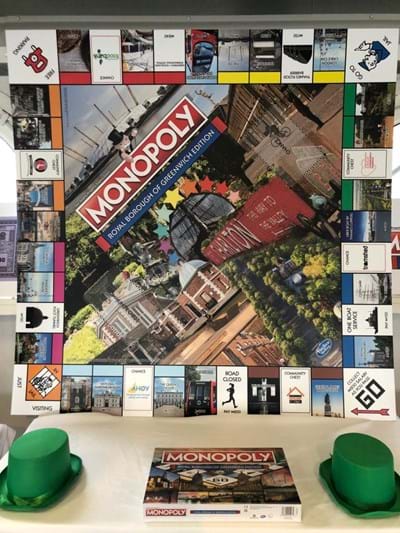